Far too many strategies fail. Here are some of the reasons why, and also what you can do to make sure you do a better job next time you do strategy work 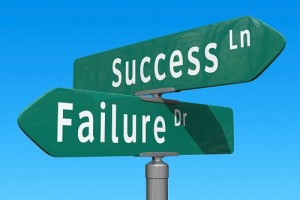 Many years ago the company I worked for hired a new sales manager. He came in with a plan – a strategy if you will – filled with bullet points like “maximize synergies” “think outside the box” and I think “value driven marketing” was in there somewhere. When he departed six months later he left a kind of bedazzled feeling behind him, the rest of us were trying to salvage what we could of potential customers and unfinished deals. Nothing of any real value had happened at all during the time he was running things. The opposite in fact.

Why am I telling you this? My point is that the sales manager said he had a plan, a strategy, and in his mind this was probably true. But in reality it wasn’t anywhere near a strategy since it wasn’t based in an analysis, had no clear direction and could not be executed.

There are a lot of really bad strategies lying around – abandoned in drawers or collecting dust on a shelf. The reasons why this happened might vary, but one thing is certain. The strategy did not accomplish what it was supposed to do.

We’ve all been part of strategy work that has been less than successful, and hopefully we have learnt from it. Here are some of the things I have picked up, and you will probably recognize some of them. They represent common reasons why strategies fails. I’m going to tell you why they happened and give you some suggestions on how to avoid repeating the same misstakes again.

For many years strategy has been the domain of either upper management or specialists (I’m one of them myself). Very often it still is. As a result strategies are often structured and devised to appeal to others with the same background. Bring on the theories!

Now theories are often useful, but you have to translate them in the reality of everyday work. If you don’t it will be impossible for the rest of the employees to understand how your strategy relates to their own situation.

Solution: Make sure your strategy is based solidly in the realities of the organization. If there are theories you want to apply, do that in a separate document and add only the results to the strategy itself. You are not writing a dissertation.

2. Too vague or too complex

Many strategies suffer from being written in vague, unspecific terms that leaves the people supposed to work with it hanging. Or it’s too complex, trying to solve everything at once. The language and internal logic of a strategy needs to be as clear and as easy to follow as possible. And keep it brief. Too vague or too complex probably means you haven’t done your analysis properly.

Solution: Do a thorough analysis of what the purpose of the strategy is, and then stick to that. Try to write it as clearly and concisely as possible, and aim for brevity. KISS (Keep it short and sweet) applies here as well. If you have sections that are important but not really vital to the strategy put them in accompanying guidelines instead.

Richard Rumelt, author of Good Strategy, Bad strategy – the difference and why it matters, states that all good strategy has a basic underlying structure – he refers to it as a kernel – with three elements: A diagnosis, a guiding policy and a set of coherent actions. If it doesn’t contain all three of these it’s not a strategy – it’s a wish list.

The diagnosis, or analysis, is very important, but from it must come guidelines and specific activities that are consistent with the overall plan. Very often strategies are missing both guidelines and actions. Which means that any activitity that does happen will not be based in an actual strategy.

Solution: Start with the analysis or diagnosis, break that down into a basic strategy. From that strategy devise guidelines that answers questions like who will do what , how will we organize, what resources do we have, what will we measure etc. And from that define a list of coherent actions – i.e your activity plan.

It’s easy to think that once a strategy has been approved by, for example, the management team, the job is done. And quite often it is, in the sense that the person or persons that wrote it will not be involved in what follows.

But the moment you have an approved strategy, that’s when the real work begins. Because a key difference between a strategy that works and one that doesn’t is that the former has been properly implemented. Not just dumped on middle management, team leaders etc to try and communicate. Instead you work with all the people who will have to execute the strategy so that they really understand it and understand how it relates to the job they do on an everyday basis. Even in organizations where strategy implementation is taken seriously it is still considered a top-down exercise instead of something that everyone must work with to internalize.

Solution: Make implementation and follow-up part of the activities – instead of having that part dumped on someone who doesn’t know anything about the process or managers that have not been involved at all. If there is a strategy team there should be an implementation team as well, with a proper mandate to ensure that the strategy is communicated to and understood by the entire organization.

If we go back 10-15 years strategies were seen as fixed and something that should last a long time. They were long-term, often defined in years, whereas tactics were short-term, defined in months.

It is still true that a strategy is supposed to be long-term, but we don’t interpret it as fixed or above improving anymore – and if you still do, please stop at once. Strategies may be long-term, but in today’s world they need to be constantly revised and updated. This doesn’t mean that strategies are the same as tactics, but rather that they have becomoe more fluent and adaptable. And that is a good thing. Not in the least because I believe it will force organizations to bring in more employees in the strategy work.

Solution: Specify in the strategy itself that it should be revised and reevaluated at regular intervals, define the intervals and also name who is responsible for seeing to that this happens. And include people from other departments in the strategy process to ensure that their views are addressed as well.

When I posted this piece on LinkedIn I got some very good comments from some smart people there. You find them below, and if you want to see them in the original context here is the link to the LinkedIn post.

Strategies often fail because they aren’t tested rigorously before attempting implementation. A thorough test of the strategy will (a) help to improve it before committing resources and (b) align everyone in a common understanding of what it is, why we’re doing it and what my role is (particularly if you get the right people into the room – i.e. the implementers that you state are often left out)

I would add “Too ambitious” to the list. I once worked with a company whose owners wanted to change everything at once without investing in the resources or acknowledging the time needed to accomplish all of the initiatives. We began to call each new item on their wish list another “unfunded mandate,” because we were working 70 hour weeks already. Eventually, they came around to reality, but it was no fun getting them there.

I think that strategy should be “sold” to employees within organization to be successful one. If you have employees, that are thinking that your strategy is waste of time and money it would probably will – without commitment from employees side even good strategy have good chances to fail.

Firstly, my experience is that a theory or model can give the strategy a context that will serve it well. However, it needs to be, just as you write, a clear connection to the company’s conditions and challenges and be actionable. Secondly, I mean that strategies that doesn’t have a clear and well thought through connection to organization will have an increasingly harder possibility to work. Especially, since a strategy need to be flexible and flexibility all lies in the organization. Thirdly the strategy need to be fully backed by leaders in the organization (formal and informal), if not it will be hard to get the needed change implemented.

I would only suggest that there is another avenue by which plans/strategies go off course that you did not list: misalignment with the team’s abilities and strengths. I think a lot of strategists and consultants spend a lot of time focusing on how to transition strategies into action – and this is merited because that is where “business” happens. But, what often goes overlooked is that many strategies rely on strengths or talent the team simply does not possess. Or, put another way, the best strategies leverage the strengths and talents of the team. I would point out that the Sales Manager you refer to at the beginning of your article plainly suffered from this, if for no other reason than he had a plan when he first walked in. How can you have a plan when you don’t know what tools and resources you have to work with? The short answer is, you can’t – so you’re left with “maximize synergies” and other such meaningless nonsense. It is for this reason I orient my strategy creation process around strengths first, then comes the strategy, and only then the action. Strengths. Strategy. Action.

I wrote an article last month called “The Myth of the C-Suite and ‘The Art of War'” addressing this. No one read this book or they skipped Principle One. The lack of research, planning, and employee training is shocking. Strategy doesn’t work because of poor research, planning, and employees that haven’t been shown the map. As the daughter of an Army man, I knew the 5Ps before kindergarten…it was an annoying childhood, but paid off in my adult life.

Worth highlighting is the issue of complexity. Most organizations have an allergic reaction to it. But we should celebrate complexity. If a wine isn’t complex, it’s bland. In business, without complexity, there’d be no scope for advantage via a good strategy. Everything would be obvious, everyone would do the same thing. Commodity central. For sure, we must simplify execution of strategy. But “silver bullet” mentality is death. “Just do” this or “All you have to do is” that is simplistic; won’t work, can’t work. In contrast, simplifying = making the “how” easier. This is why the notion of strategy as design appeals to me. You do the hard work to understand the dynamics in play. You fit your pieces together better than the other guy in a way that creates advantage. You design ways to simplify and hand the organization something it can execute. You test and tweak and tune over time.

If you have additional suggestions, please leave a comment.

This was originally posted on LinkedIn in February 2015