If you’ve spent any amount of time on social media you’ve probably come across two very popular topics for posts, both incidentally images. The first one depicts a wolf pack on the move, and the second one shows a rejection letter Albert Einstein received in 1907.
What both of them have in common is that they are both fake, or rather fabricated.

The wolf pack journey that wasn’t 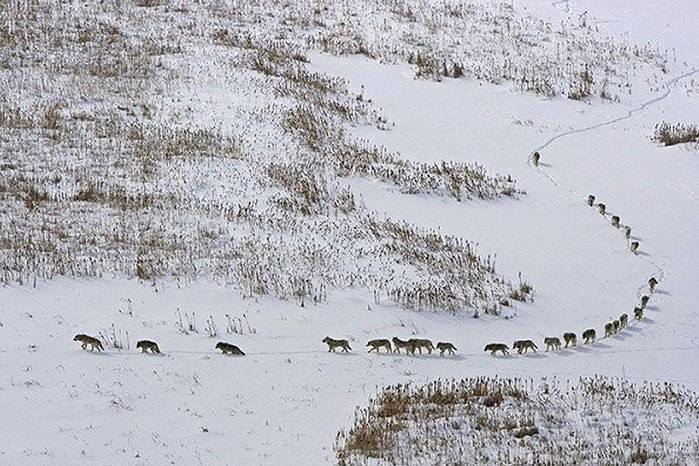 The image of the wolf pack is true insofar as it actually show a group of wolfs traveling through a National Park. What is fake is the description of what we see. Here’s the text that usually accompanies the image: “A wolf pack: the first 3 are the old or sick, they give the pace to the entire pack. If it was the other way round, they would be left behind, losing contact with the pack. In case of an ambush they would be sacrificed. Then come 5 strong ones, the front line. In the center are the rest of the pack members, then the 5 strongest following. Last is alone, the alpha. He controls everything from the rear. In that position he can see everything, decide the direction. He sees all of the pack. The pack moves according to the elders pace and help each other, watch each other.”
According to Snopes, a site dedicated to fact checking digital stories and shares, the picture comes from a BBC documentary, Frozen Planet in 2011, and the original description explained that “the ‘alpha female’ led the pack and that the rest of the wolves followed in her tracks in order to save energy”. In other words, the entire text above is untrue.

No English for Einstein 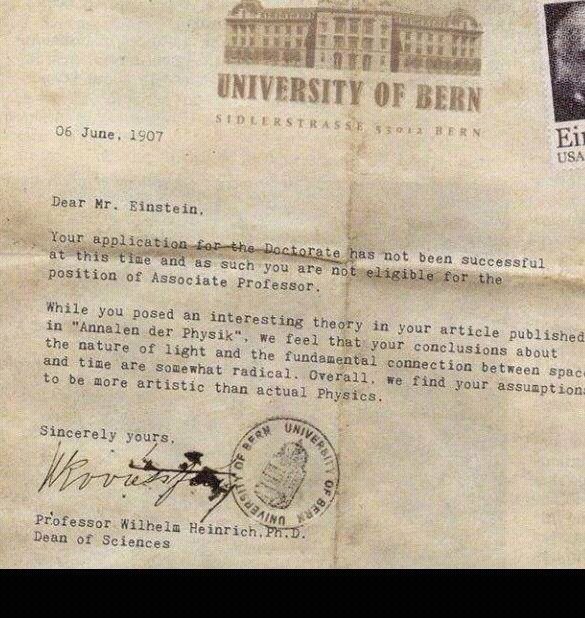 The Einstein letter is even more of a fake. It claims to be a rejection letter sent to Einstein from the University of Bern in 1907, denying him a position as an associate professor. It also informed him that his doctoral application had not been deemed acceptable. The letter also criticizes Einstein’s now-famous theory of special relativity as ”radical” and “more artistic than actual physics”. According to Snopes there are several clues as to why the letter is a fake: “For starters, the letter exhibits a glaringly erroneous choice of language. The University of Bern, a school located in a country (Switzerland) where the predominant language was German, would not have sent the German-speaking Einstein, who published his academic work in German, a letter written in English. (Even today, Switzerland boasts four official languages, none of them English.)”. Furthermore the letterhead is anachronistic, “as it bears the address of what is now the Albert Einstein Center for Fundamental Physics on Sidlerstrasse and references the modern postal code for Bern (3012). But a letter written in 1907 wouldn’t use that form of address, as Sidlerstrasse was named Sternwartsstrasse prior to 1931, and Switzerland didn’t adopt their four-digit postal code system until the 1960’s.” And finally “there never was a dean (or professor) named Wilhelm Heinrich at the University of Bern”.

Since we keep seeing these stories posted in social media it’s interesting to reflect on why they are posted so often, and create such a lot of engagement. There are likely a number of reasons for this.

First of all, both of them are uplifting and send a positive message. The wolf pack acts in such a way as most of would like society, a work place or any other kind of group to function. And thinking that wild animals acts like this makes a much more powerful statement – that behavior aimed at protecting the whole group somehow is a natural state of affairs.
The Einstein story also carries a very uplifting message – if someone most of us consider a genius can be rejected there is hope for all of us. Most of us face rejection at times in our professional or private lives, it’s easier to accept that if we can tell ourselves that even great thinkers like Einstein went through rough patches.
Another reason why we share posts like this is of course that they make us look good – a very important reason for sharing. According to research conducted by The New York Times Customer Insight Group there are five main reason why we share:
With the possible exception of no 5 all of these reasons makes content like the Einstein or Wolf pack images very attractive to share.

Whenever these two images are posted on a social platform it’s not unusual for someone to point out that they are fake. By now quite a few people are aware of this, and yet posts like these still get a lot of likes and shares. In my opinion the reason for this is that to many people the story is more important than the facts.
In a way, it’s very similar to the scene in the movie The man who shot Liberty Valance where James Stewart’s character tells the truth about what happened, only to be told that “when the legens becomes the fact, we print the legend”.
In some ways it’s not a big deal if we share fake stories about wolves or Albert Einstein, but the danger is of course that we share other, much more sinister stories that also are without taking a moment to consider if they are real or not. Just like it’s quite common to share various strange ”notifications” on Facebook.
Recently there has been a couple of very interesting articles that points to the bigger problem  – that truth is something that takes a back seat to getting the story out quickly or the joy of sharing. Katharine Viner wrote about How technology disrupted the truth in Guardian and Peter Pomerantsev wrote Why we’re post-fact in Granta. Both of them are really excellent pieces and I encourage you to read them.
A good rule of thumb in social media is to always take a moment before you like or share something to consider if it’s actually real. Or, as in the cases of the wolf pack and Einstein, it’s a made-up story.