One important question to reflect on is What is good native advertising? One of best ways of answering that question is to take a look at what Netflix have been doing with it in recent years. Not only are they creating great content, they’ve also been setting the bar as to what a brand can bring to a media platform by paying for important storytelling.

The first, and perhaps the most talked about, was published in the New York Times in June 2014. Women inmates – Why the male model doesn’t work is an ambitious look into what it is like for women in the US to be sentenced to prison. The piece is based around interviews with several women, and we learn not only about the time they spent in prison but especially how the whole system is based around male prisoners and just does not work for women. And we get to hear about the time after they have been released, how the time they spent behind bars continues to affect them – and their families. Combining text and film the storytelling is very powerful and very emotional. The connection to Netflix was of course the launch of their series Orange is the new black – and Piper Kerman, who wrote the book the series is based on, is one of the women telling their stories. But that is the only way you pick up that Netflix is paying for the story. The article is strong enough to have been published as editorial content by the NY Times. It’s a remarkable piece of storytelling. 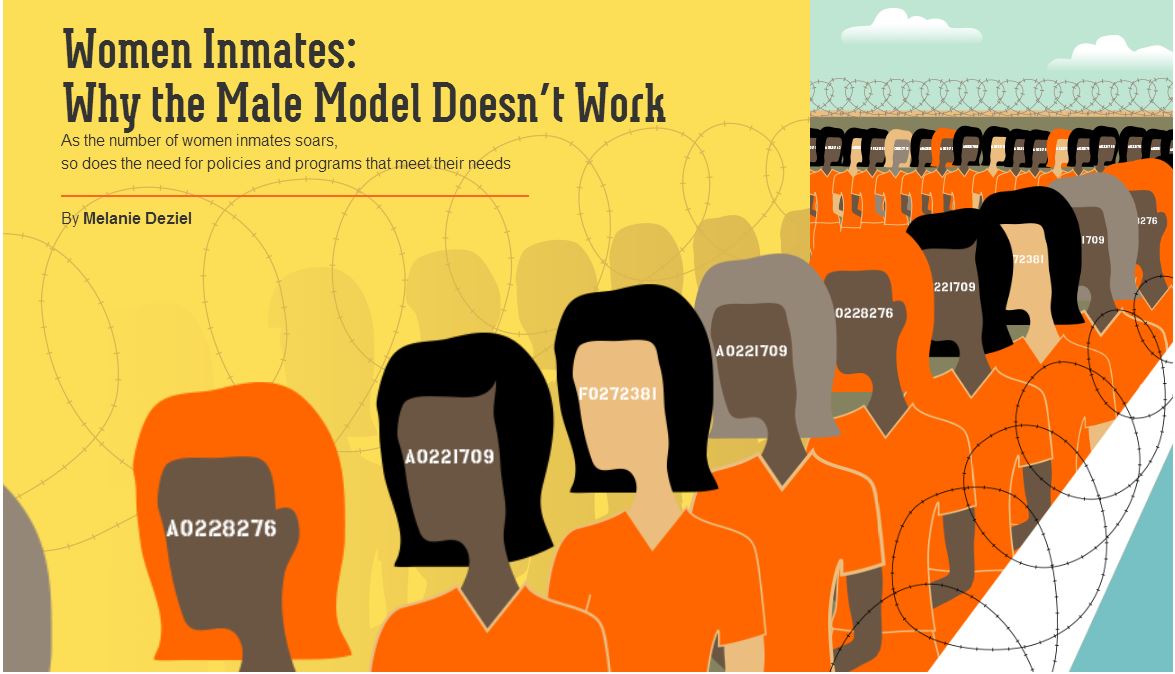 When it was time to launch the third season of House of Cards Netflix used native advertising in The Atlantic. This time the story was called The Ascent: Political destiny and the makings of a first couple. It’s about American Presidential couples of course, House of Cards is the story of Frank and Claire Underwood and their climb towards the White House. In the article the focus is on real First couples – Franklin and Eleanor Roosevelt, John and Jackie Kennedy, Richard and Pat Nixon, Ronald and Nancy Reagan and Bill and Hillary Clinton. We get to follow their journey from when they met to the time they spent in the White House and beyond. More than anything it’s a story about the importance of the First Lady and of the dynamics between the couple. And the examples are fascinating, perhaps most of all the collapsed relationship between the Nixons and the implications that had on the bubble of madness Tricky Dick created around himself. The story also describes the incumbent First Couple, and all in all it’s yet another example of fascinating storytelling. House of Cards is mentioned slightly at the end, and the focus is on the dynamics between Frank and Claire, which is in line with the overall story.

The third big venture into native advertising by Netflix is ambitious, but it’s quite weak compared to the other three. This time around it was Wired’s turn to provide the platform, and the topic was how we watch TV. Or rather, how the way we watch and interact with TV has changed from being passive channel surfers to active participants. Especially TV series, where we nowadays can binge on them rather than having to wait for that one episode per week (something Netflix led the way in). But the whole dynamics of creating TV has changed, from predictable to innovative, and today a lot of writers, directors and actors prefer working with the TV format rather than movies. Once again, it’s a very interesting topic, but unfortunately the way it is told has too narrow a focus on Netflix. Only series available there are held up as examples, like House of Cards, and there is no mention of game-changers like The Sopranos, Breaking Bad or Game of Thrones. And no attempt is made to trace the origins of this development. It would have been interesting to see something similar to the Huff Post story that got people like David Simon (The Wire) and Rick Cleveland (Six Feet Under) talking about how much of an impact a series like Hill Street Blues had. 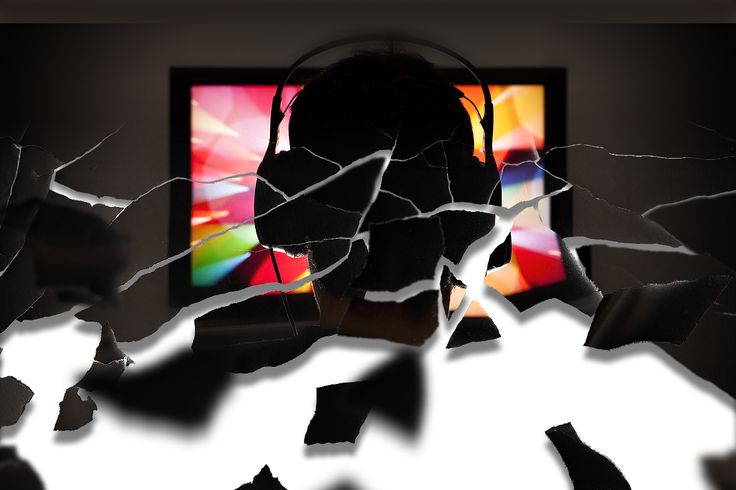 With its latest offering, however, Netflix is back in the lead again by a good margin. The occassion is their latest series, Narcos, about the Colombian drug lord Pablo Escobar and the syndicate he created. This time the platform is the Wall Street Journal, and the story is very ambitious, both in the telling and the research. It does not only tell the story about the rise and fall of Escobar. There are parts about the logistics behind cocaine smuggling, and the impact that has had on other countries in the region – for example Mexico, where there are “cartels” today built in the same fashion as Escobar’s. And there is a part about one very important factor in why Escobar could create such a strong position, the huge economic gaps between rich and poor in Medellin at the time. We also get to hear from both the agents chasing him and the people who lived in his kingdom. It’s a riveting story, very well told and well researched. 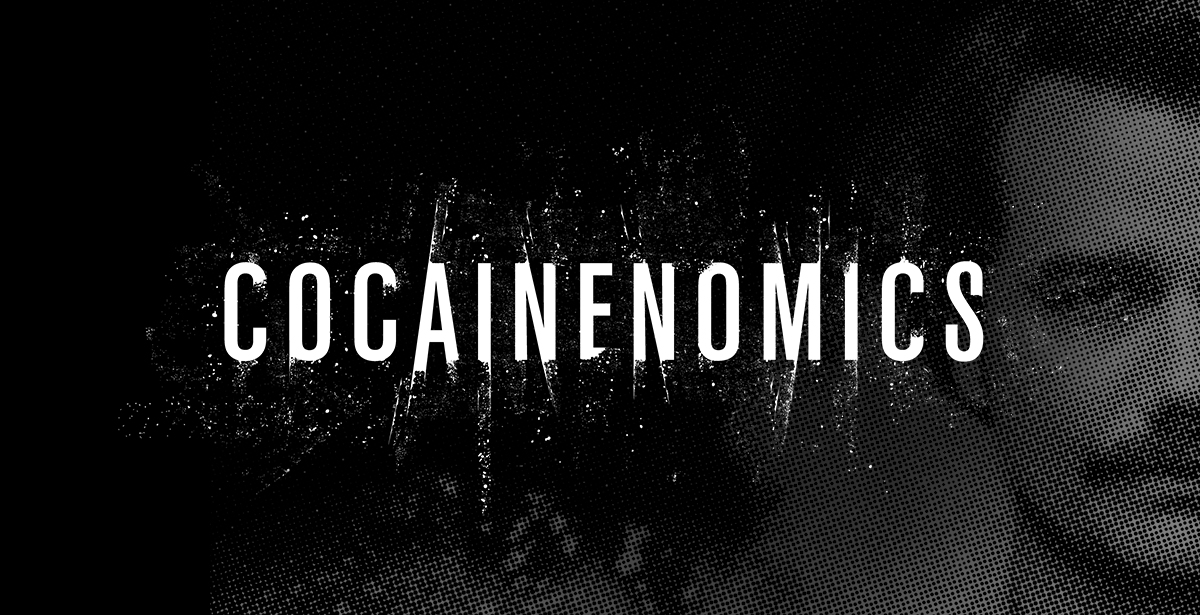 Why Netflix is successful

Why are these stories from Netflix great native advertising? I’d like to point out three things:

1. They are strong stories, able to hold their own. A lot of native is weak material with a layer of storytelling on top. They would never have made it through an editorial meeting. But the topics that Netflix have picked are relevant and meaningful. They teach us things we didn’t know and they make us care. Just like good journalism is supposed to.

2. The message is not commercial. There is no doubt that this is paid articles, but in three of the four you hardly notice Netflix at all. They’re not trying to cram their series down your throat or getting you to subscribe. Not even in the weakest story, TV got better, is Netflix very visible. My reservations about it has more to do with the very high standards of the other three than about it being bad content.

3. They are innovative. There is no doubt that all four stories are influenced by great storytelling like the New York Times ground breaking article Snowfall about an avalanche at Tunnel Creek in 2012. Especially the seamless combination of text, imagery and film owns a lot to Snowfall. But each one of the four articles tries, in its own way, to advance the way we use digital media to tell stories. Through subject matters, through the way they are structured, etc. And they are all of them a long way ahead of most of what is done in native advertising today.

Three things we can learn

So what can we learn from Netflix? Most of us don’t have the big budgets they spent on this, and we have to work with the limitations of most media platforms.

Yet there are three things in particular that I think we can all learn and they are really about the same thing – courage. And showing courage doesn’t require big budgets.

1. Don’t be afraid to tell long and difficult stories

All four pieces tell complex and complicated stories, and they don’t boil the issues down to something short and one-dimensional. They take the time to talk about people, events and consequences. There are no compromises in order to keep the readers. We can learn from this – have the courage to select real stories and provide enough space so they can be told properly.

2. Dare to innovate and challenge

It’s not a given that a company like Netflix would pick stories about women in prison, what happens to couples that strive for political power, or drug cartels in Colombia. There are a lot of easier stories ripe for the plucking. Or they could have gone for a more light-weight way of telling them. But herein lies an important key to whether native advertising really can play a role in the future. Can a company climb above its own reality and adopt a broader perspective? Because if they can, brands will be able to contribute to making media platforms better and more relevant, rather than sticking to buying the kind of ads most people are actively steering clear of.

3. Dare to step back

Another common misstake made by brands in native advertising is not being able to let go of their own perspective, and taking the easiest route to a conversion. The results are flat, uninteresting stories that grabs no one. Brands that want to do native advertising should look at how Netflix creates awareness and engagement without being very present in the articles at all. We can’t have the brand obscuring the stories, or insist on every piece of content leading straight to conversion in terms of a deal. Native doesn’t work like that, and we risk undermining the entire concept by not respecting this fact.

There you have it, three specific learnings from Netflix’s native advertising. And in order to put them to use you don’t need a big budget. Or access to the studios that created these articles. What you do need is courage, in order to find great stories and make sure they’re told in a relevant and engaging way.

Why this is important

I view native advertising as a very useful way of communicating with different target groups on the media platforms they already have a presence on. And it’s easy to see that the alternative; traditional ads like banners. pre-rolls and ads, are neither doing very well nor have a great future in the era of ad-blockers. But if we use native to tell inferior stories lacking in substance, we will very soon see our target groups ignoring that as well. That is why it’s important to look at what companies like Netflix are doing, because they are adding value to the media platforms they have bought space on, and by doing so actually contribute to making them stronger instead of undermining them.

What’s your take on the future of native advertising in general, and the native stories from Netflix in particular? Share your insights in the comments here below.

And if you’ve read this far, thanks! You might find some of my other posts here interesting. If you have a question or want to get in touch send me and e-mail or find me on Twitter as @PStaunstrup.